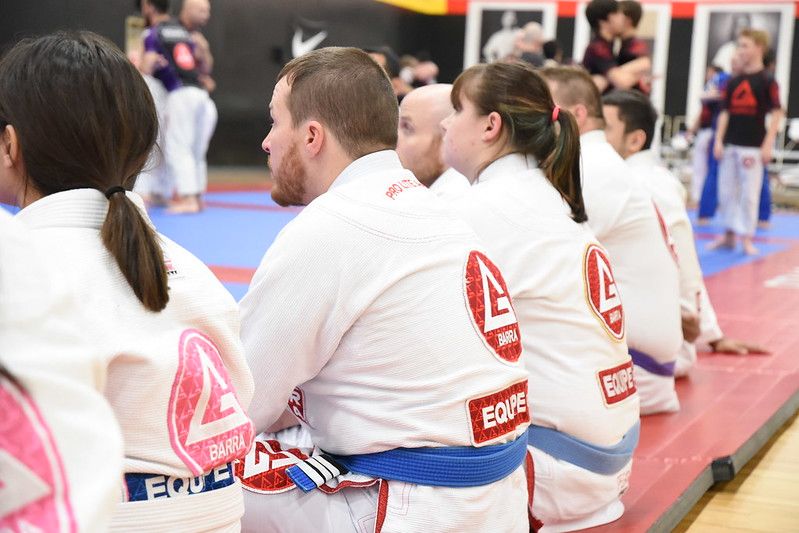 Jiu-Jitsu can be a love-hate relationship.

It can pull you in, changing your life forever.  It’s a difficult journey and can cause frustrations that only a truly dedicated student of Jiu-Jitsu can overcome.  Some of these challenges will make you into a better person; others are just minor bumps in the road we will all have to deal with eventually.  We all love Jiu-Jitsu for better or for worse.  Everyone who practices Jiu-Jitsu will develop there own set of pet peeves, or things that annoy them about Jiu-Jitsu.  Here are some I found most common.

#1 – Getting injured right before a tournament
2008 GBSC-Slide Show  318It’s a terrible feeling.  Months of preparation only to be stopped short due to an injury.  There are many Jiu-Jitsu competitors that don’t let injuries stop them from competing.  In Jiu-Jitsu, something is always hurt, sore, battered, or bruised.  If ever I don’t feel that way, I must not be training hard enough.  Serious injuries however should be attended to.  Don’t risk aggravating an injury that could have life long impacts.
#2 – The white belt that thinks they’re a black belt
We all know at least one.  If you don’t, maybe it’s you.  For whatever reason this seems to be one of the more common pet peeves among Jiu-Jitsu practitioners.  Jiu-Jitsu practitioners are often very humble and recognize the struggle Jiu-Jitsu is.  When someone doesn’t treat Jiu-Jitsu the respect it deserves, it can really get under the skin of many people.
#3 – Rolling with someone who has a dirty/smelly gi.
Gracie Barra MastersNothing makes me use spider-guard more than a person with a dirty or smelly gi.  Getting a whiff of someone when they’re not at the freshest is a bit repulsive.  It can make you want to tap out.  Please don’t be that person who no one wants to roll with because they have a smelly gi or rashguard.
#4 – People who don’t tap and get injured
We’ve all not wanted to tap for different reasons.  Many people will experience at least one time in their Jiu-Jitsu career a moment they should’ve tapped.  It’s a lesson often learned the hard way, and many people will have a story to tell because of it.  I know my elbow makes a click reminding me, tap or snap.
#5 – The guy who rolls like its life or death with no technique
There are many styles of Jiu-Jitsu.  A common style that often associated with new students is a wilder more uncontrolled style.  It may not be a big deal to higher belts, but can often be annoying for newer students trying to learn techniques.  It may also result in more injuries.  When I train for competition, I admit to picking up the intensity.  By no means though does that mean throw technique out the window.
What are your Jiu-Jitsu pet peeves?

The Official Educational Institute of Gracie Barra.
Built to educate the GB community on best practices, philosophies, and key policies within GB.